Never miss an
opportunity to GROW

JAN DU TOIT
Total Fuel Stop Heilbron
"If you have to deal with a lot of cash,
change over to Cash Connect before
it’s too late"
MY STORY

BEYOND SAFE
"TAKING MY BUSINESS FROM A PLACE OF SAFETY
TO A PLACE OF GROWTH"
- Israel Penyane, Total Palm Springs

PEACE OF MIND
“Ever since we moved to Cash Connect we
had absolute peace of mind”
- Greg McKey, Fish ‘N
MY STORY

PAYMENTS
"Now I get the money instantly in my
account to make payments"
- Nelson Teixeira, Klopperpark Spar
MY STORY

BUSINESS EFFICIENCY
“The Cash Connect solution has given us
more time to focus on what is important”
- Armand van der Merwe, Fish ‘N
MY STORY 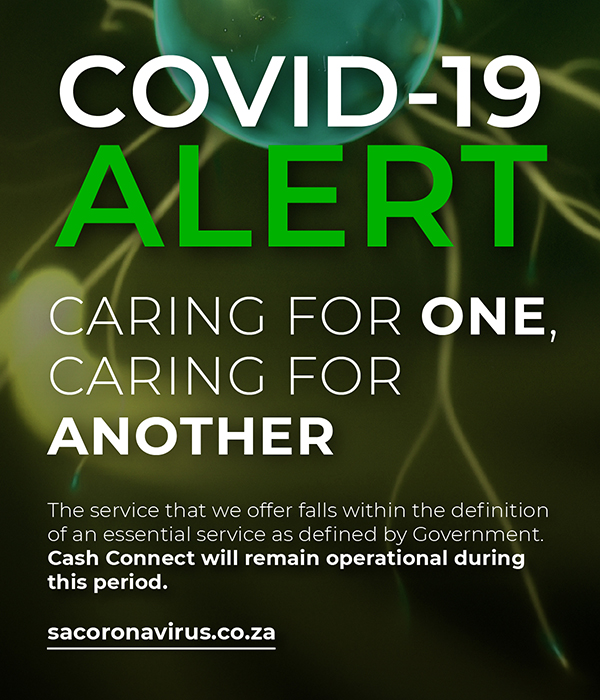 PEACE OF MIND
“EVER SINCE WE MOVED TO CASH CONNECT WE HAD ABSOLUTE PEACE OF MIND”
GREG MCKEY, FISH ‘N

The cash vault: no longer just a tin box

Cash safes have a long history, dating back as far as the 8th century BC, with those first locks made by the Egyptians and ancient Romans.  It’s not a new science therefore, but one that has through the ages evolved into a high-tech, all-inclusive art form – an art form that, in South Africa, has reached a technological pinnacle over the past 10 years.

In a country where cash is king, cash crimes have stepped up to the throne.  Fortunately, and by nearly perfecting the cash vault, Cash Connect Management Solutions has come to the rescue.

In celebrating Cash Connect’s 10th anniversary, we take a look at the evolution of the cash vault to the complete automated cash management system it is today.  The modern cash vault is no longer a mere tin box.  Today it represents a cog in a holistic, end-to-end cash management solution.

Qube Technologies blazed the trail for bulk cash acceptance automation in South Africa by introducing the Smartbox, developed exclusively for First National Bank.  By the start of the new millennium several solutions developers, having realised the potential of the cash acceptance space, started development on a variety of products.

Yet, it was Cash Connect that introduced the first categorised cash vault to our market. This vault was born out of necessity, and mainly because of South Africa’s unique crime situation.

According to Pierre Liebenberg, Cash Connect’s General Manager for Development and Manufacturing, in South Africa the concept of the modern retail cash vault has been in existence since the late 1990’s, with the first working Deposit Manager® prototype, the cash deposit acceptor being fielded as early as 1999.  This product focused on automation of what until then was a manual cash deposit process.  This solution kick-started an exponential growth in cash deposit automation solutions being developed and arguably helped establish South Africa as the world leader in retail cash deposit automation.

Enter the next generation…

Whilst most of the solutions being brought to market started focusing on providing a basic level of security, external collection (through-the-wall) of cash through canister-based systems only accessible by authorised Cash-In-Transit personnel and validation of cash using off-the-shelf technology developed for vending and gaming applications, it was soon realised that what was needed in the market was a radical change to the core technology being used.  This was necessary to expand the value and feature offering being taken to market.

“Whilst we developed the first categorised cash vault, we also realised that the designs of the machines would ultimately not stand up to the rigours of a generally aggressive and violent environment, and that for the technology to succeed in an increasingly demanding and hostile setting, it had to offer a meaningful and scalable deterrent to attack.  It therefore also had to be robust, accurate and easy to use,” says Liebenberg.

Moving towards a complete solution…

As the market developed, Cash Connect focused its efforts on creating a fully integrated end-to-end service which above all would seek to eliminate the client’s cash risk by guaranteeing value the moment it was deposited into the vault.  It was therefore imperative that cash vaults also communicate to a remote terminal to enable the comprehensive monitoring of the activity at a client’s premises and ultimately triggering a settlement process, core to Cash Connect’s envisaged end-to-end service offering.

According to Richard Phillips, Joint CEO of Cash Connect, the typical South African retailer does not accept second best as a rule. He operates in a highly cost sensitive market that equally demands quality of both product and service. When it is further considered that they have to contend with being a primary target in what is generally considered to be one of most violent criminal countries in the world, it follows that a cash management solution catering for this market needs to be credible in both design and performance.

Against this backdrop, the cash vault has evolved to comprise a solution in which it is built to a minimum SABS Category 4 standard, is designed to defeat and counter criminal threats by withstanding the toughest of attacks, and utilises a multi-layered security approach.  This includes:

Being proudly South African, this next generation of the cash vault is only available through Cash Connect.

Phillips: “My experiences drive my conviction that what we have built over the past 10 years in Cash Connect, is the most advanced, holistic and dependable solution on the market today. Our performance continues to prove that we deliver on the promise to mitigate risk in the broader sense in our customers’ place of work.  In creating a positive emotional bank account for our customers in which their staff, their customers and their business maximises the deterrent effect of our technology and service, the cash vault is the axis around which our end-to-end automated cash management system revolves.”

Cash Connect is one of the largest suppliers of cash to the banking system and boasts close on R40 Billion a year that it manages on behalf of its diversified client base across the country.

It is an approved service provider to blue-chip companies such as Spar Group, Shell, Engen, and Pick ‘n Pay, OK, ICC to name but a few.

From the cash vault to your bank, we have you covered – your cash is guaranteed

Pay suppliers straight from the cash vault, no need to keep cash onsite for COD

WHAT DOES CASH CONNECT DO?

No more in-store or cash in transit insurance needed – we have it covered. From the moment your cash goes into the vault, whilst in transit, and until it appears in your bank account, we cover the risk. Your cash is guaranteed, side-stepping traditional insurance assessment delays and critical cash flow effects on turnover.

WHY TRUST US WITH YOUR CASH?

It’s been more than 10 years since Cash Connect entered the South African market with cutting edge technology, a sound understanding of the cash risk in the retail space and a passion for service.

Today we boast a winning score board for innovation and protection of our customers’ business, as well as offering access to quick and reliable unsecured, short-term capital.

> WHAT OUR CUSTOMERS HAVE TO SAY

EFFICIENCY IS A PRIORITY

With Cash Connect, you can benefit from same day cash settlements, better cash flow, low cash deposit fees, reduced cash shrinkage and cut back on your back office administrative costs. You will save money on both in-store and cash-in-transit insurance costs and most of all, you will have established a massive deterrent against armed robbery.

Our clients’ businesses are distinguishable by being retail spaces where the staff and their customers are no longer intimidated by the fear of attack and where the focus of attention has shifted to improving the working and shopping experience in every way.

Cash Connect is a key component of a successful retail store and strives to make a unique contribution to South Africa’s burgeoning entrepreneurial SMME community.

We offer much more than just robust cash deposit vaults with which to process and protect your cash. We provide business efficiency – beyond safe. 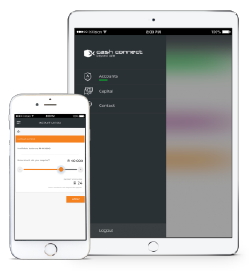