COINING IT IN SECURITY 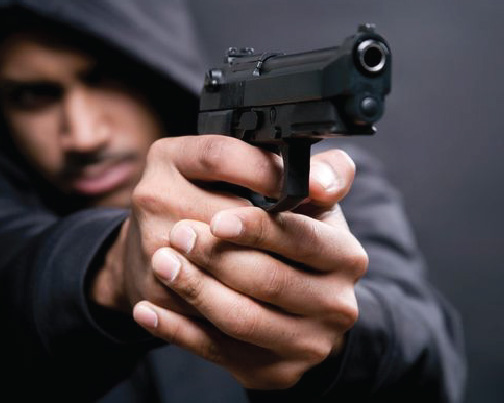 An "impenetrable", 600kg safe and a device that encases cash in foam once it is tampered with. These are just two examples of security technological advances that have made their way to South Africa as a result of high crime levels.

Costa Diavastos, Security Industry Alliance's executive director, said it was clear South Africans "are not playing games with their lives and assets".

Diavastos said the types of security technology available in the country were endless.

One such device is the Pudu, a polyurethane-dispensing unit that encases money in a foam that solidifies once the cash box is tampered with.

ther cash security measures include an electrifying gel that oozes over a thief's hand, binding him to the cash box while pulsing a low electrical charge through him.

With cash-in-transit heists still a concern, cash movement companies had gone to extremes to deter attacks, including using helicopters to move large sums of money and adding extra wheels on to vehicles to prevent them being toppled over when rammed.

South Africa, said cash management company Cash Connect, has R130-billion in cash in circulation at any given time.

"In 95% of business robberies criminals pursue the cash. The technology available is aimed at one thing: mitigating these attacks," said Cash Connect CEO Richard Phillips.

The company had brought in a 600kg "impenetrable" safe, The Connectr. Its designers say it can withstand high-explosive blasts.

"The level of South African criminals' sophistication is immense.

"They have access to paramilitary equipment, including radio signal jammers and explosives," said Phillips.

Alan Mukoki, of the SA Chamber of Commerce and Industry, said the threat of crime had driven huge technology advancements in business security.